This is what the heavyweight King revealed in an interview after he released a workout video.

Holyfield said he was ready to face fellow boxing legend Mike Tyson who first released his video while he was on training.

However, Holyfield clarified that it was up to Tyson to decide whether to allow them to reappear on the ring.

It can be remembered Tyson infamously bit off a part of Holyfield’s ear during their June 1997 fight.

Despite that, the two are friendly today. 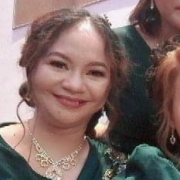